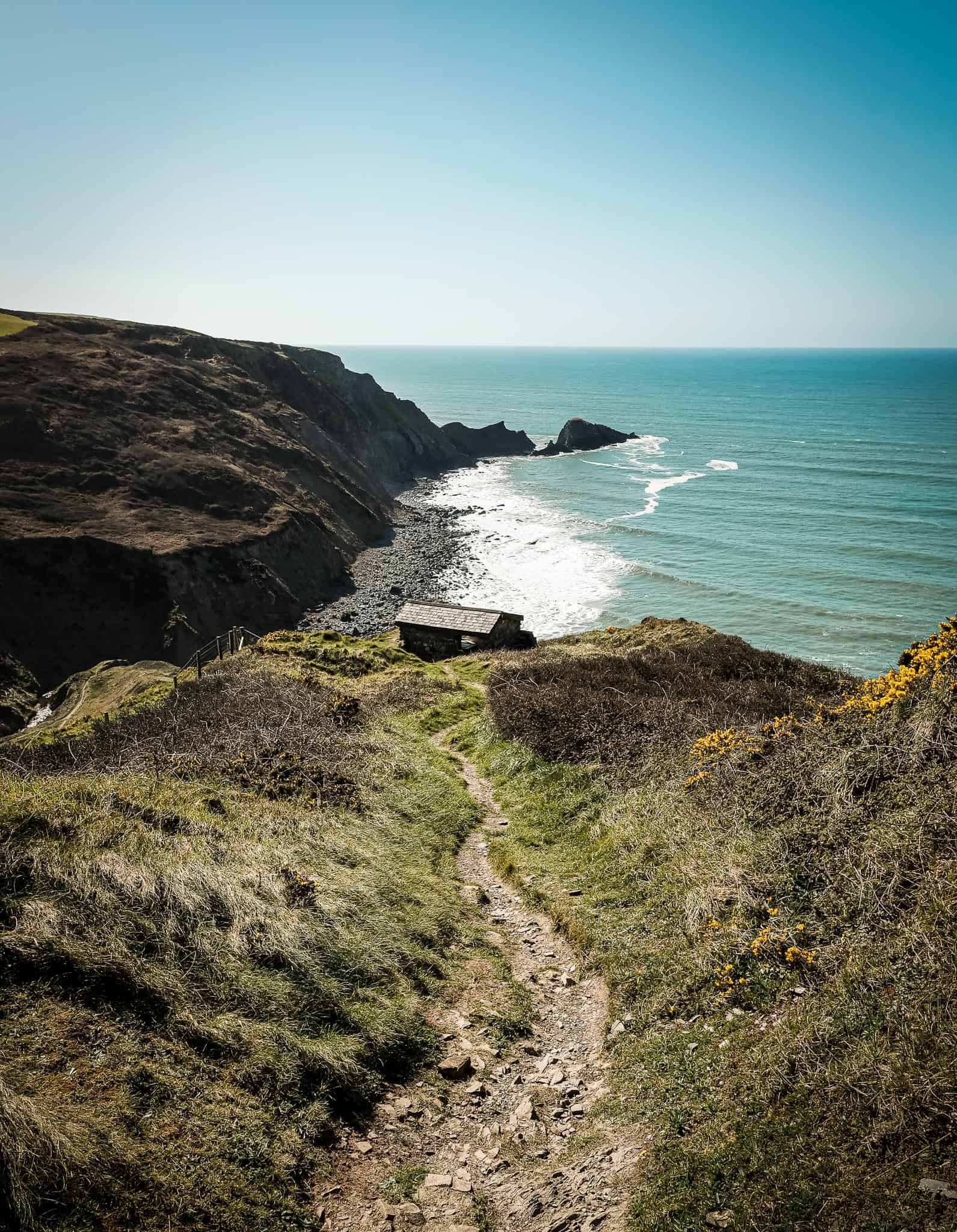 Ronald Duncan’s writing hut on the descent to Marsland Mouth. Ronald was a once famous poet and literary figure from our village who was friends with the likes of Benjamin Britten, T.S. Eliot and Ezra Pound. Here he describes in his autobiography how he acquired his refuge…
‘During the war, the Admiralty had asked my permission to erect a small look-out hut on the cliff edge above West Mill. It overlooked the approach to the Bristol channel. On a still summer evening in 1940 I had stood on that spot to watch eight ships in convoy blow up and sink within fifteen minutes. The hut the Admiralty erected was made of galvanised iron on a concrete base and measured ten by six feet.
After the war the Admiralty offered to take the hut away or let me have it as a gift. Since it was rusting and unsightly, I asked them to remove it. This they did.
A few years later, I found myself repeatedly going up the cliff path to sit for hours on this site. The view attracted me because it contained no signs of humanity: the open Atlantic, the bracken and gorse covered cliffs, giant boulders on the beach beneath. The only signs of life were the buzzards and a single unmated falcon. I was drawn to this view which had not changed since the Cambrian Era’.
Obsessed by Ronal Duncan (p.105). Published by Michael Joseph, 1977.
It’s just a 10 minute walk from the cottages to this spot on the coast path.